It was fifty years ago today…

On a bitterly cold Monday, fifty years ago today, the Beatles entered Abbey Road Studios at 9 a.m. – and left almost at midnight that day having recorded the ten songs they needed for their first album, entitled “Please Please Me.”

It spent 30 weeks as the #1 album on the British charts, and served as the gasoline that fueled the Beatlemania that swept England that fateful year. 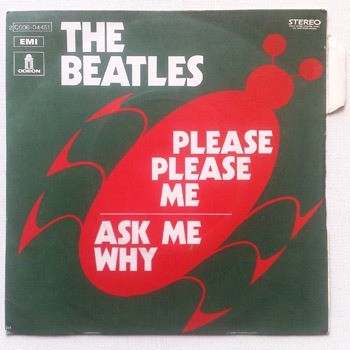 And your intrepid author is liberally quoted in an article marking the occasion by Examiner.com Beatle correspondent, Steve Marinucci.

50 years ago: Beatles record their first LP in a single day

Nearly 50 years ago, on 11 February 1963, the Beatles entered EMI Studios on Abbey Road in London for a marathon session to record the ten songs they needed for their first album. Today, when musical artists often take months to complete an album, it’s hard to believe that the Beatles recorded their first album in a single day.

“The album was basically the gas that fueled the launch of Beatlemania,” says Alex Hendler, author of the critically acclaimed short e-book, Please Please Me. “Yet the Beatles faced tremendous obstacles going into the session. They were on a national tour so they only had the single day to record the entire album. The musicians’ union’s rules had a limit on how many hours the band could actually work so they could only do so many takes of each song. And John was sick as a dog.”

Hendler is making himself and his rare collection of outtakes from the “Please Please Me” sessions available to bring this historic day in rock ‘n’ roll history to life.

“Fifty years later, they still blast ‘Twist & Shout’ between innings at Yankee Stadium. I think people would appreciate the song even more if they knew how John had one performance left in him at the end of a very hard day’s night, and the curious ritual he undertook to nail their classic performance in one take,” says Hendler.

To schedule an interview with Alex Hendler, please contact him directly via email.

Nice review of Please Please Me e-book on Blinded by Sound today. Check it out. 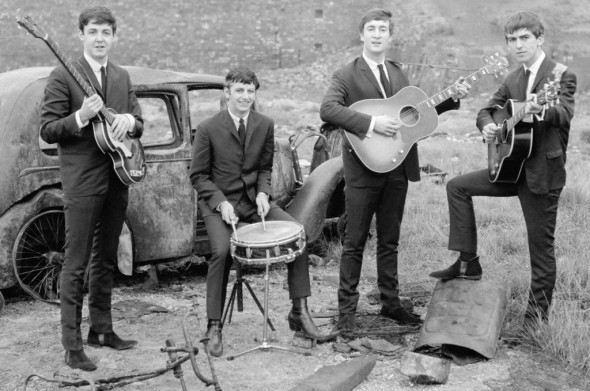 Very nice review of Please Please Me book on “Something Else!” today. Click on the image to check it out.

The Music of Caves

It’s common knowledge that the Beatles honed their sound playing in places like The Cavern, a cellar underneath Mathew Street in Liverpool that was used as an air raid station in World War II.

But they were not the first ‘band’ to hone their musical skills in a cave.

Around 25,000 years ago, Paleo-lithic tribes living in limestone caves like Pech Merle in the Midi-Pyrénées region of France painted red dots to deliberately mark the places inside the cave that had special acoustical properties where they could “excite the resonances” or mimic the sounds of the animals also painted on the cave walls. Professor Steven Errede of the University of Illinois, writing about the research conducted by researcher Iegor Reznikoff of the University of Paris X in Nanterre, reports: 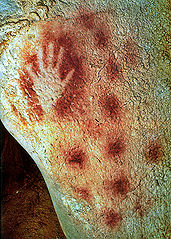 These underground caverns function as immense echo chambers – their naturally-formed vaults are capable of producing sounds similar to those that can be heard in the most famous cathedrals and chapels in Europe, such as the Baptistry di Pisa in Italy.

Perhaps these occasions were the world’s first “rock” concerts – singing and playing musical instruments inside of a gigantic, complex, multiply-connected organ pipe, exciting complex resonances and echoes as they sang and played! They were actually inside a naturally-formed musical instrument of gigantic proportions!

The reverberant/resonant acoustical properties of these caves must have seemed mystical, if not magical (or even supernatural) to them, not having any quantitative understanding of these physical phenomena.

Between 1961 and 1963, the Beatles made 292 appearances at the Cavern. During their time in that cave, the Beatles mastered the art of creating three-part harmonies. While harmonies were somewhat common in pop music at the time, it was rare to find songs with three-part harmonies driven by the pulsating beat of a rock ‘n’ roll band. This became one of their differentiators, to use a marketing term, that helped them evolve from being a band that some Liverpudlians mistakenly thought was a German band to a national phenomenon on the verge of re-writing rock ‘n’ roll history.

Professor Errede reports of visting the Basilica di Pisa, and listening as the cathedral guard sang the individual notes of a C-Major triad – C-E-G – the same triad structure that was often used by the Beatles’ in singing their three-part harmonies, and how those simple musical notes circulating inside the cave-like basilica dome became something completely different.

The sound of this human-generated major triad evolved from what initially started off as recognizably human into a gloriously complex, temporally and spatially-changing sound that was beyond human.

By all accounts the acoustics of The Cavern would never be mistaken for the acoustics found inside the great cathedrals or Paleo-Lithic caves, but the reverb effect of playing in a cave undoubtedly energized their music and the fans listening to them. While the low-fi quality of this video could never capture the “mystical” experience that must have occurred inside that cave underneath Mathew Street in Liverpool, it at least lends a glimpse of what it must have been like. Check it out